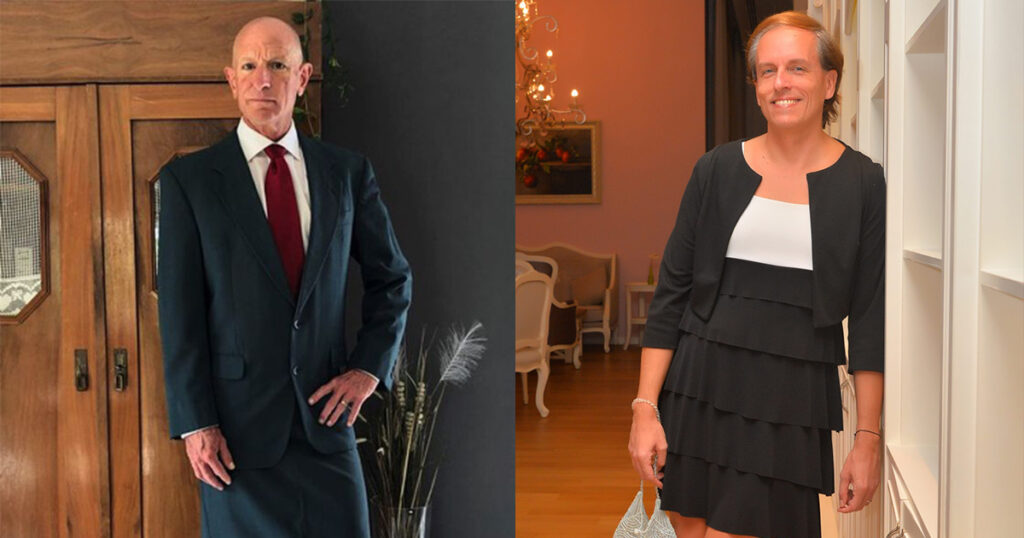 What do a mechanical engineer who lives in Germany and coaches a football team, and a journalist and a writer who lives in Milan have in common?
The most obvious answer seems to be: “nothing”, but actually a thing in common exists, it’s about passion.
Mark and Stefano, in fact, are two men, heterosexual, married and with a family, who developed the same passion for high heels.

It is precisely this passion that led the two to make important choices, in some respects as revolutionary as they are extremely natural.

The stories of Mark and Stefano have many areas of agreement. Both, over time, have seen ever stronger drive towards an expression of one’s being free from any social prejudice linked to gender rules.

With such intense passion for heeled shoes, which then expanded to a broader spectrum of clothes socially considered to be of the opposite sex, they both decided to choose freedom. They wanted to follow their instincts without letting that pre-constituted gender stereotypes become an obstacle over time.

The thinking behind is the same: “why not?”. Why is it still not possible to consider natural and perfectly acceptable for a man to wear a skirt, a suit or a pair of heels?

But Mark and Stefano want to try. With their stance, with pride and naturalness, they want to demonstrate that we can, and must, go beyond what is considered ‘normal’ and ‘according to the rules’. Anyone can be who he/she wants and how he/she wants, without having to fit perfectly into a predefined grid of concepts such as man-woman.

While sharing the same desire to express themselves in complete freedom, Mark and Stefano decline it in a different way.

If on the one hand, in fact, for Mark there is not a search for femininity, but simply a look at the garment as an object unrelated to any gender attribution; on the other hand, for Stefano, we see a mode of expression deliberately associated with the female world.

We can also notice this difference in the choice of their outfits. Mark loves a business style that reflects perfectly his desire to break the mold so as not to get bored with the usual dull-colored suits. He loves pencil skirts, fitted and chic combined with more masculine-cut jackets and gritty décolleté.

On the other hand, Stefano prefers dresses, exclusively short, to emphasize his legs, his strong point, necklaces, and jeweled sandals for that final touch.

So that’s how two strong personalities, thanks to the same love for heels, have decided to show their tastes and characters in total freedom, with no limits.

After all… why not?