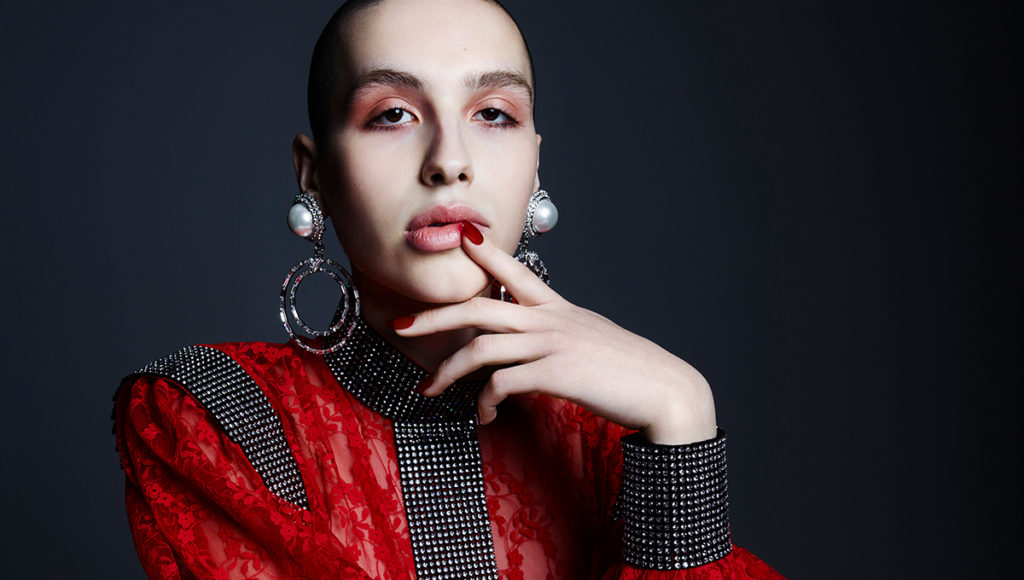 Maxim Magnus is not simply a girl who has become a model like so many others before her.  She is a young woman who has a lot to say to her audience. In fact,  this young model fights a system that tends to use models, actresses or other  women of the show business, who regardless of their talents and their way of being are used only because of their transgender label.

“I took a lot of rubbish, I had to deal with a lot of people who hit me in the face because I was not pretty, or because they wanted to use me as a transgender.”

At the age of 13, Maxim Magnus begins to realize that she does not feel completely comfortable in her body as a young boy.  At the age of 17 she had her first Sex Reassignment Surgery  and thus began a new life as a woman.

Her ideas are very clear:

“Being born transgender is neither a fault nor something abnormal. Minorities are exploited by an industry that is not really ready for integration”

Her battle consists in opposing those companies and job offers that are proposed only because she is a transgender model. Maxim wants to propose herself as a person, she doesn’t want to be chosen only  for her  sexuality.

Gucci is one of the first brands with which she started collaborate at a very young age and represents one of the brands that most understood her battle.

Maxim Magnus believes that the road to acceptance is still very long,  although at the same time, she sees some glimmer of hope and more opportunities for people in London,  because here, in this city, everyone can be heard most accepted, regardless of the clothes they wear and how they present themselves to others.

The battle against the current fashion system starts from an initial observation: many trans people working in fashion are chosen only for diversity campaigns. The point is to make companies and people understand  that in any case it is always normality. Maxim believes that companies, in the first place, let themselves be frightened by what comes out of the canons to which they are accustomed and do not have the courage to risk because they do not know how  media and the general public could react. Maxim Magnum believes that the important thing is to be yourself, regardless of what characterizes each model according to what is conventionally considered diversity, dark skin, soft size and so on.  Through our own touch of uniqueness and diversity, the fashion world can be transformed and take a new course representing by gender fluidity that represents the future of the fashion world.

Though the hashtag became viral #transisnotatrand, Maxim wants to use social media to communicate to her audience the values she believes in, siding with the LGBTQ community, to talk about a world that people often do not know, that of fashion, providing a point of view directly from within this sector, as a transgender model.

Fashion certainly has a lot to learn, and it is important that the ideas they propose to the public evolve together with society,. Brands must find the courage to take on new challenges and show the world what true diversity is. Fashion in fact, with the examples it presents on the catwalk, has a great responsibility: often launches models careers and ideals of beauty that are then maintained over time. Showing new examples, other than the usual examples, is therefore essential to make it clear to the public that there is no single type of normality.