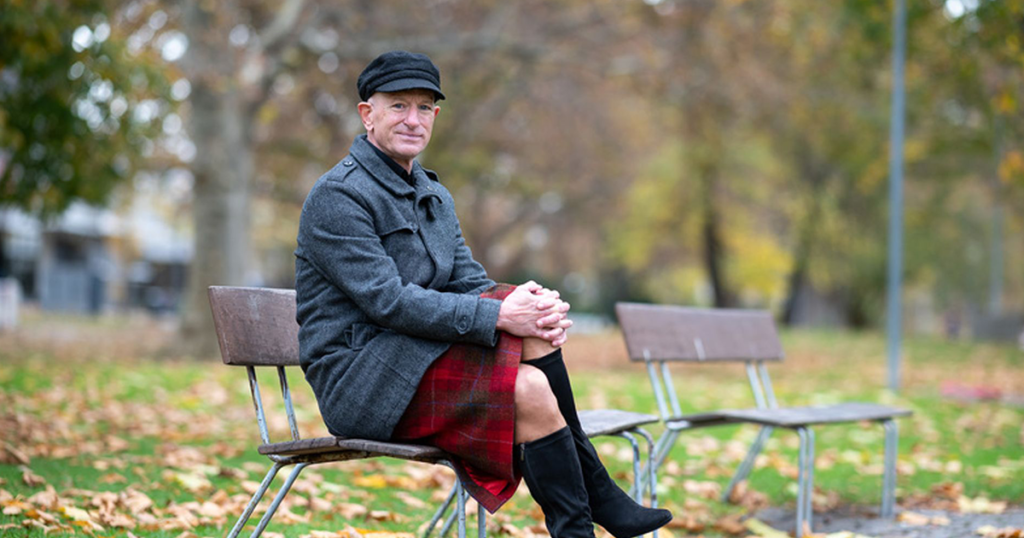 Mark Bryan is an American engineer who lives in Germany.

So far nothing surprising, but his pictures have gone around the world online.

Why? Easy, because Mark is an heterosexual man who loves going to work and running his errands in a skirt and high heels!

You’ll think: “A showoff”. But no, Mark Bryan doesn’t do it to draw attention and stay in the spotlight. Mark dresses like that because he is fascinated by the determination, elegance and professionalism. With this kind of outfit he manages to exude from every woman who wears this type of clothing. He himself says he admires those women who present themselves strong and independent even through clothing.

But let’s get closer to him, let’s find out together what he told us in our interview.

Mark Bryan: “Clothes have no gender”

According to Mark, wearing women’s clothes is nothing special, maybe, he says, what makes it special is the fact that an heterosexual man is wearing them. In fact, this is not often seen, we are quite used to seeing and hearing about homosexual men who like to express their femininity through skirts or heels; much rarer, on the other hand, is to hear about heterosexual men who like to wear women’s clothes.

But Mark has no doubts, clothes shouldn’t have a gender! If you feel comfortable with a type of garment, why not to wear it?

… But where to start to learn how to wear what you want without worrying about the judgment of others?

We find the answer in Mark’s words:

“The biggest thing that you have to have is confidence in yourself, you got to believe that what you are doing is ok.”

“My recommendation is to have confidence in yourself and in what you’re doing.”

Furthermore, Mark makes us think about a very important issue: by changing clothes, you don’t inevitably turn into another person, you are still the exact same person. For this reason, for example, Mark’s family immediately accepted his choice.

The only people who may judge you negatively are those people who don’t really know you:

“So why worry about what that person thinks?”

The most important thing is to receive the approval of the people around you, people you really care about.

“Yes, because I am the same person, I haven’t changed. It’s not like that when I put on a skirt or high heels I turn into a drag queen or something.”