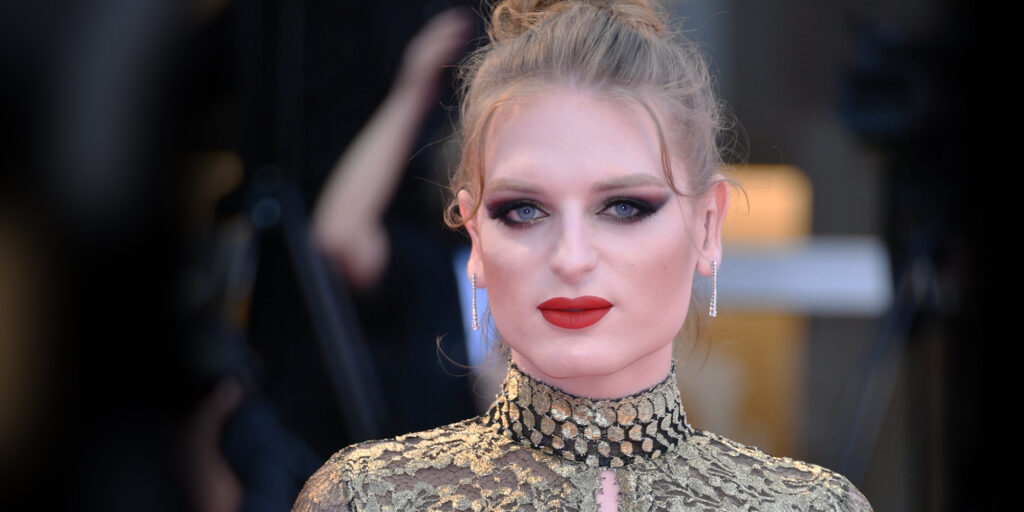 Stephanie Glitter, a character with an unmistakable style, with a sterling and irreverent personality. These are some of the features that made her unique and allowed to make her way on the web, to the point that everybody knows and talks about her.

Stephanie, starting from scratch, has managed to carve out her own space within a world in which it is increasingly difficult to fit into.

From Pordenone to Milan, Stephanie fell in love with the city at first sight and her personality did all the rest. Today we can define her as a style icon, make-up artist, drag queen, hair stylist and much more.

A life without tags

During the interviews two part of her personality emerge, one female which takes the name of Stephanie Glitter, and one male by the name of Francesco.

However, the binary vision is limited and obsolete for Stephanie Glitter. On several occasions, in fact, she reveals that she has a fluid image of herself, free of categorizations, so that she can feel free to be whoever she wishes.

Thanks to this perspective on genres, Stephanie was able to blossom in all her eccentricity and uniqueness.

For Stephanie Glitter, the term Drag Queen is much more than just a tag. It is a real lifestyle that encloses different facets of her personality. It is a simple term that incorporates complex and deep meanings. Drag Queen is research, art, fashion, fun and entertainment.

All this explain why, when we speak about Stephanie, we can’t include her in a specific category. Drag model, make-up artist, influencer, are all roles, parts of life and personalities that mix and influence each other to make room, every day, for something unique.

The right to be yourself

The goal of Stephanie is to be able to communicate to her audience that a harmonious coexistence between eccentricity and normality is possible.

Her clear and positive message is to free ourselves from binary and limiting points of view, in order to open up to a reality in which there are a lot of different aromas.

“Being yourself is the most beautiful thing that may exist
and it is important that everybody can do it.”

Stephanie Glitter in the interview for AltaModa.it